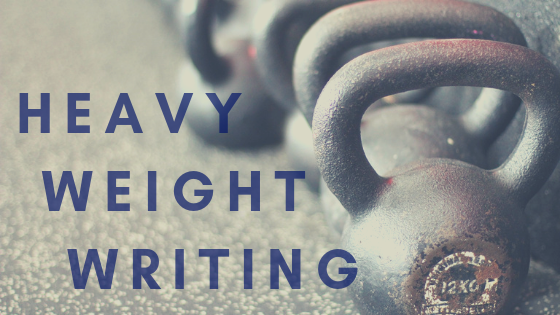 Have you ever experienced a situation where you thought that your supervisor raised too high expectations? Likely he does that to push you out of your comfort zone. That’s good because that’s where improvement happens. Where expertise is built. Where we fail and grow. Ideally. However, he could be biased to his standard while ignoring your entry level. And this bias can end badly for your PhD.

Recently, I talked with a final-year PhD student – let’s call her Anna – who wanted to leave academia after defense. There are a thousand good reasons to leave. Still, I asked Anna why she wanted to leave. She told me that the writing was her biggest struggle and she never felt joy doing it.

I wanted to dig deeper to learn about Anna’s struggle with writing. I quickly found out that her topic was quite intense and complex. She struggled to put her complex research down into a manuscript. “Why haven’t you started with something less complex before you enter this high-level research?” I asked her. “No”, she replied, “there is nothing ‘easy’ left in my research field. It’s either high level or it has been done before or it is just useless”.

Well, I was quite shocked to hear that. Knowing the field myself I know there is a lot of low-hanging fruits one could explore to start learning how to write. It sounded more like an overambitious project not really made for a PhD student; more for an experienced PostDoc. I checked her supervisors’ publication list. There were only top-notch journals listed. Nothing else down except his first few years.

If a PI does not publish in lower-ranking journals, there is something wrong. Maybe it’s a sign of losing touch to what to expect from a student who is just beginning. Maybe it’s the pressure to appear in high-ranking journals exclusively to not look professionally weak or innovative enough. However, it unravels a totally different weakness of his or her professional profile. Good supervision.

In 2002, Daniel Kahneman won the Noble Prize in economics for formulating a theory that conflicts with many long-held assumptions about rationality in decision making. One aspect of this Prospect Theory was that decision making is influenced by the reference point of the decision maker. Here is a simple example to illustrate what is meant by this.

Say that after two years your cell phone provider offers you a new phone. First, you might be resistant because you don’t really need a new phone as this one is running well. But you go for it anyway, because it’s included in your contract and you don’t have to pay extra. And it was a great decision! You are excited about all the new features. Yet, after a month it felt down and broke. Luckily you still had your old phone and so you reactivate it. How do you feel about your old phone now?

If you are like most of us, you might feel rather disappointed. You might start recognizing how slow the old phone really was related to the new one. That battery and memory are surprisingly weak and you feel restricted by the limited options. It’s the same phone than a month ago. Remember? The good days when the old phone was good. But the phone hasn’t changed. You have. Or better said, your reference point has changed. And the reference point puts everything into perspective; affecting our decision making.

Same when you are advancing in your academic career. You start without much experience. Your reference point is low. And a low-impact journal may not look much different from a slightly higher one. It will be a challenge to get into any of them. As you gain more experience in writing and publishing your expectations raise as your proficiency in your field will. You now work on more impactful research that may attract higher visibility from your professional network and from journals. Your writing gets better. Your reference point raises above that of when you just started your career. At least that’s what I hope for you.

The problem emerges when you start supervising students and forget about the differences in reference points between you and your student. That’s what happened to Anna. Her PI totally biased his decision making of outlining her thesis to his reference point instead of hers. A clear case of poor supervision.

Writing is a key skill in science. You can basically outsource everything through collaboration but you have to write your research down into a manuscript. And that needs practice. You don’t earn practice when working on overambitious projects. You only earn frustration and despair.

Anna was deeply frustrated because she thought she is not made for academia. The writing was too hard for her and given that she didn’t enjoy it at all, it must mean that she is better off outside science. So she eventually left academia to start in a corporate job trying to finish her thesis in her free time.

But this is not a story of a young woman who realized she wasn’t made for academia. It’s a story about a young woman who became a victim of poor supervision. Because her PI framed a biased project according to his reference point rather than hers. It seems she never had a real chance to learn how to write to gain confidence and find joy over time. It’s like you learn to run for your first marathon by instantly running marathons. That will not work.

If you are a student aiming for a PhD position, look at your supervisor’s publication list. If this list only has top-notch journals ranked, don’t be impressed, be alarmed. It might be a PI who bias his research projects to his reference point. And you might suffer from it. Instead, look for a PI who has a good mix of publications appearing in different types of journals. Some in high, some in low-ranking journals. Diversity is king here. Also look at what, when and where his other PhD students publish. This gives you already a hint on whether different reference points are considered in that lab or not.

If you are a PI, ask yourself the following questions: Is the project ambitious enough for my student to grow as a scientist? Am I applying my own reference point in academic writing or the one of the student? Writing needs a lot of practice. And we earn this practice through consistency and gradually increasing intensity. If you want your student to lift heavy weights she has to lift light weights first. And repeatedly. Over time your student becomes stronger and able (and willing) to increase intensity. Stamina improves. Skills improve.

Anna gave up frustrated as she never had a real chance to improve her stamina or skills needed for becoming a good scientist. Her PI only had heavy weights to lift for her. Light weights were never an option as they were never offered. If you have a lab, make sure you have all kinds of weights there for your students to exercise. Let your students work with the light weights first to build the strength, stamina, and skills to do heavy weight lifting. Only then you raise strong and powerful early professionals.